Core Keeper is an early access game that showed up on my Steam feed that immediately caught my attention. The description says that you’ll need to mine resources, discover an ancient world with terrifying bosses, craft items and equipment, and farm crops. This seems like a combination of all my favorite indie hits from the past 10 years! To top it off, there’s also multiplayer for up to 8 players. With Steam reviews currently sitting at a Very Positive rating and a price less than a movie ticket and popcorn, what have I got to lose? This was very much an impulse buy and I didn’t really know anything about the game.

There’s not much of a story or set up. You’re basically an adventurer who has been dropped in a cave and left to figure things out. One thing that’s neat is during your character creation, you can pick a background. There’s a handful to pick from here like soldier, farmer, fisherman, etc. I went with the miner so I started with a copper pickaxe. And from there, well, I was plopped down in a cave and let loose. I’m so used to being spoon-fed how to play games that it was quite refreshing to just experiment and figure out what needs to be done. There isn’t a single tutorial pop-up or window. After figuring out how to craft torches and investigating the statues around me, I switched from controller to mouse and keyboard and started digging!

So there I am, digging along in the latest and greatest indie game, not a care in the world. I found a few pieces of copper, some other items and plants. Then the screen shakes and there’s a loud boom. What? What was that? I feel like I’m in Jurassic Park and watching the glass of water shake.

You know what was causing the screen to shake? It was this guy right here, this abominable slime-ball named Glurch the Abominous Mass. I got a little too close and he started attacking. This scared the hell out of me so I ran away. And that’s how the first 5 minutes of Core Keeper went for me! I loved every second of it. We’ll get our revenge later.

Turns out that creature is a boss that corresponds to one of the statues at the beginning. So now it’s starting to come together, I need to defeat the monsters that the three statues near spawn represent, and to do that I need to get much better gear and start up a base. This is where Core Keeper really kicks off. To be successful at Core Keeper, you’ll need to navigate this huge underground world and find ore and minerals to craft equipment. It’s not hard to find the minerals because they shine in the darkness – it’s a lot more convenient than placing torches everywhere looking for slightly different colored rocks. Once you craft a few of the crafting stations (such as the work bench, anvil, smelter, and cooking pot to name a few), you can turn the materials you find out in the world into useful items.

In fact, here’s a tip: make sure you craft the lantern as soon as you can! You can craft it from the toolbench – just make sure you have 4 copper bars and 5 slime on you. Don’t be like me and run around placing torches every 5 feet for the first 30 minutes. Make the lantern! And here’s another tip, if you’re walking around and want to place a lantern, you can hold shift to hold your torch. This is much easier than constantly switching your hotbar.

Scattered throughout the caves are seeds and plants that you can plant, grow, and then cook. The farming and cooking is not complicated, but it is easy to understand. All you do is hoe the ground, plant the seeds, and water them once. The plants will grow over time and you whack them with a tool to harvest. The food can then be used in the cooking pot to give yourself buff items. The first few recipes I found felt overpowered – like if you combine the “Bomb Berry” with a “Heartfruit” you’ll get a jelly dessert that increases your life by 25 points for 5 minutes, as well as health regen. If you combine the bomb berry with a mushroom, you’ll get a burrito that increases your run speed by 21% for a minute. This is super useful during the Glurch boss fight because of all the slime that slows your run speed. It encourages experimentation, but it’s also easy because there’s only 2 ingredients to worry about!

After I gathered some copper armor, I tried to fight Glurch again. I had plenty of food with good buffs, a full set of copper armor, a sword – I thought I was ready. Keyword: thought. I got him close but he is hard to outrun, and didn’t have potions. Okay, new game plan: it would be a lot easier without the slime on the floor. I came back with a shovel and tried to dig out the slime on the ground to make a clean fighting area. Hey, this is actually a decent idea, right? Well, yes. And it helped, but Glurch excretes slime onto the floor with every jump. Back to the drawing board.

The entire cave system has such an air of mystery throughout it. I had no idea what I was going to run across. Like, when I was searching for tin to make a new workbench, I ran headlong into a new biome. Again, the screen started shaking which put me into guard mode. Then I see, in the darkness at the edge of my screen, a giant creature crawl through the dirt, digging it’s own huge tunnel. This was, of course, another one of the monstrous bosses that you’re expected to contend with. I went back to my base and built a new workbench.

Crafting a new tier of workbench is an exciting moment as that is how you craft new workstations and items. For example, with the Tin workbench, the second tier, I was able to craft the slingshot and new, shiny bronze armor. Admittedly, there probably are too many crafting stations. You got anvils for armor and weapons, multiple tiers of workbenches with different items on each, multiple smelters, railway forges, jewelry stations, electronics station… You get the idea. It would be nice to have the newer stations craft all the items from previous stations. It’s not a huge deal in all honesty.

More importantly, we’re ready for Glurch. With my new armor and a handy dandy slingshot, Glurch didn’t stand much of a chance. Looking back, Glurch has simple mechanics compared to the other bosses. The giant worm I mentioned in the other paragraph? Yeah, he was wildly different than Glurch or any of the other bosses. I don’t want to go into too many details about the bosses because they’re some of the most exciting moments in Core Keeper, but just know that they al have different mechanics and strategies you can employ to overcome them.

Now, since this is a survival and crafting game, base building and organizing your loot is a significant portion of the experience. Base building elements and furniture take some time to unlock – you’ll start with walls, floors, and doors. Eventually you’ll get railways, electricity, and painting stations, fences, rugs, and all these different ways to personalize your base. Now when I build bases in these types of games, I’m not very creative. I have a tendency to toss everything in one or two rooms and call it a day. I was surprised to see an NPC move into my hovel, though!

As you do different things, like running around the map, fishing, fighting, digging, gardening, crafting, etc , you’ll level up the respective skill. There’s a small skill tree for each skill. The effects are somewhat minimal at first and they take a significant amount of time to level up, but it’s a nice touch. I can see it being useful in multiplayer scenarios where one person may dedicate his digital life to gardening or crafting. Some skills are much easier to level up than others. I’ve fished a couple of times and the fishing game takes a lot of time to complete, and doesn’t give a lot of experience. Needless to say, I don’t think I’ll be fishing too often. My mining and running skills are obviously the highest, sometimes to a factor of 5 or even 10 compared to my other skills.

Now, there is a caveat: Core Keeper is Early Access. There’s probably about 10-12 hours of gameplay here for solo players. Unfortunately I wasn’t able to try out the multiplayer. On the steam page, the developer, Pugstorm, shared a roadmap that includes several new biomes, boats, animals, emotes, all manner of ideas that will add variety to Core Keeper. This is the Pugstorm’s second game, and the first game has Very Positive reviews. I have no doubt that they’ll continue to improve Core Keeper over time. They’ve had a lot of success with the game so far, with over 250,000 purchases in the first week. Realistically though, $12 USD is a steal for this game.

See below for the Pros and Cons of Core Keeper as of March 2022:

RT @calebhart42: Me talking to streamer: "Hey, how's it going?" Streamer: "Great, how you doin?" Me: "Awesome! *Then proceeds to ask a ques…

@FocieRetroversy She has us wrapped around her finger! 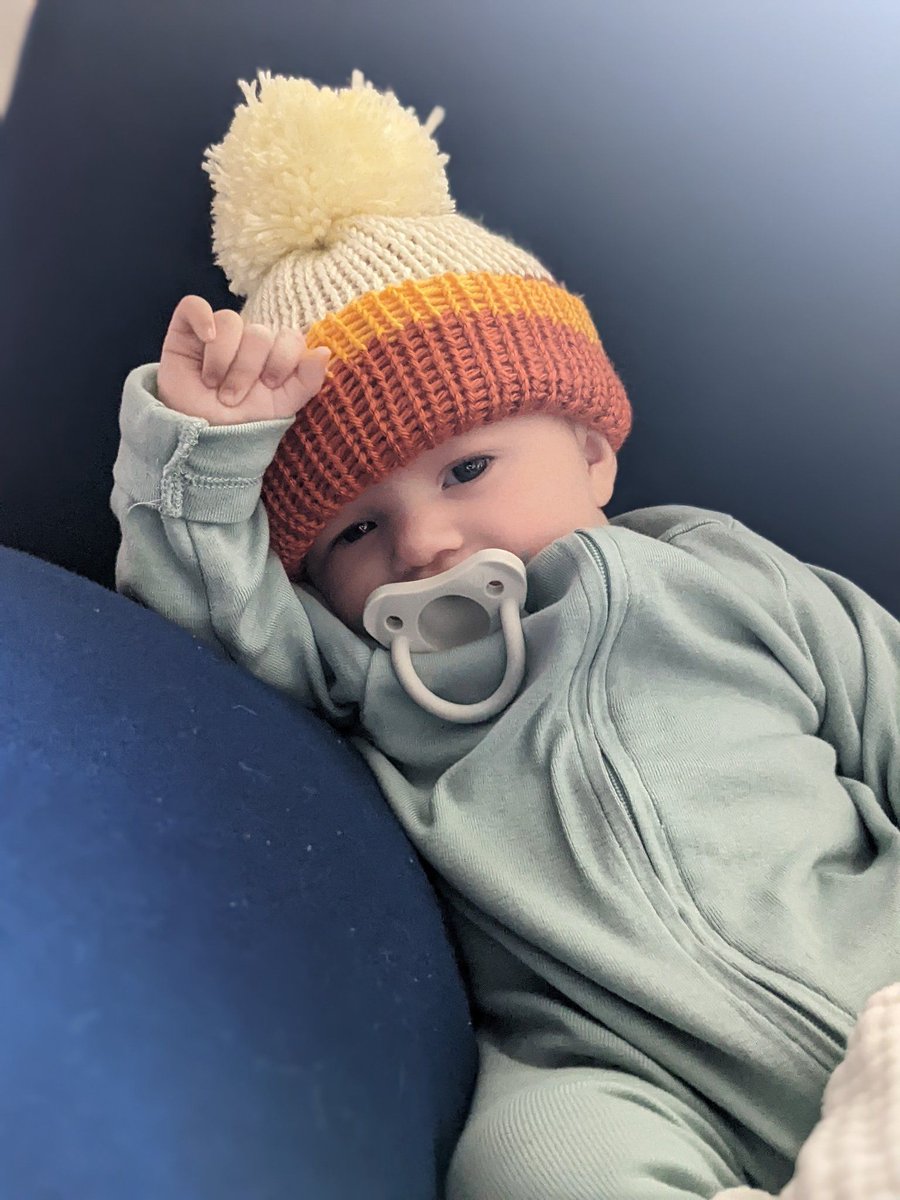 Oof I don't like this. It sets a bad precedent for other games in the series. I'd rather cool ass weapon designs be obtainable in game from doing something memorable... not from opening my wallet. 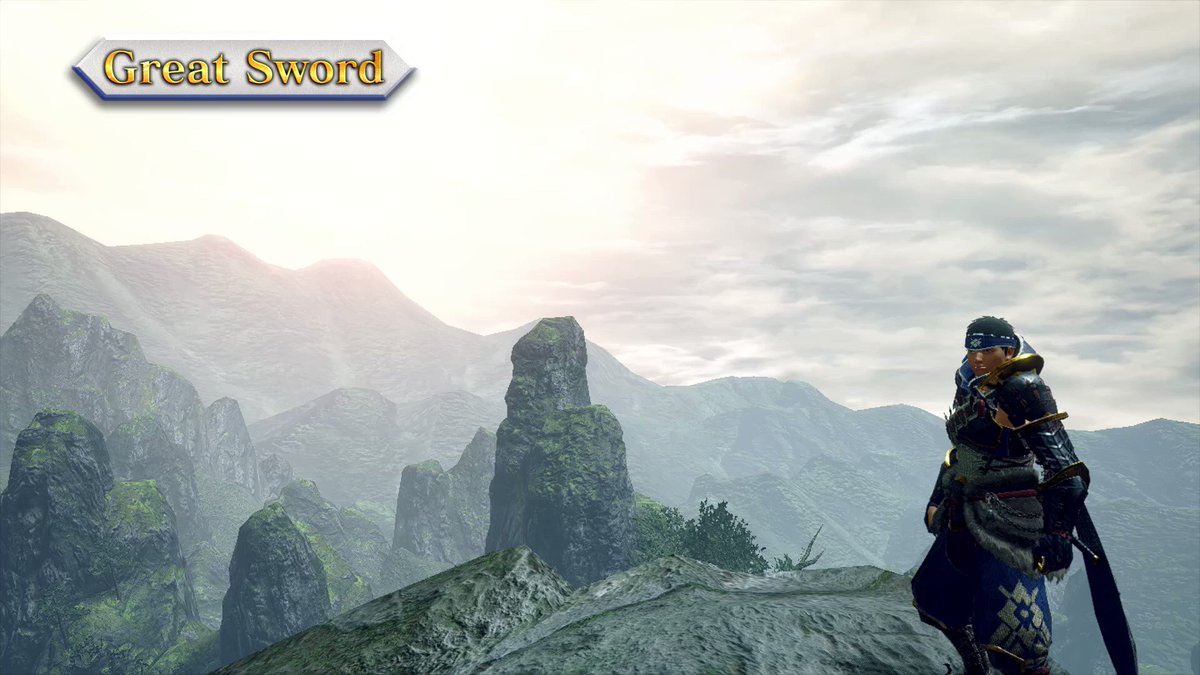 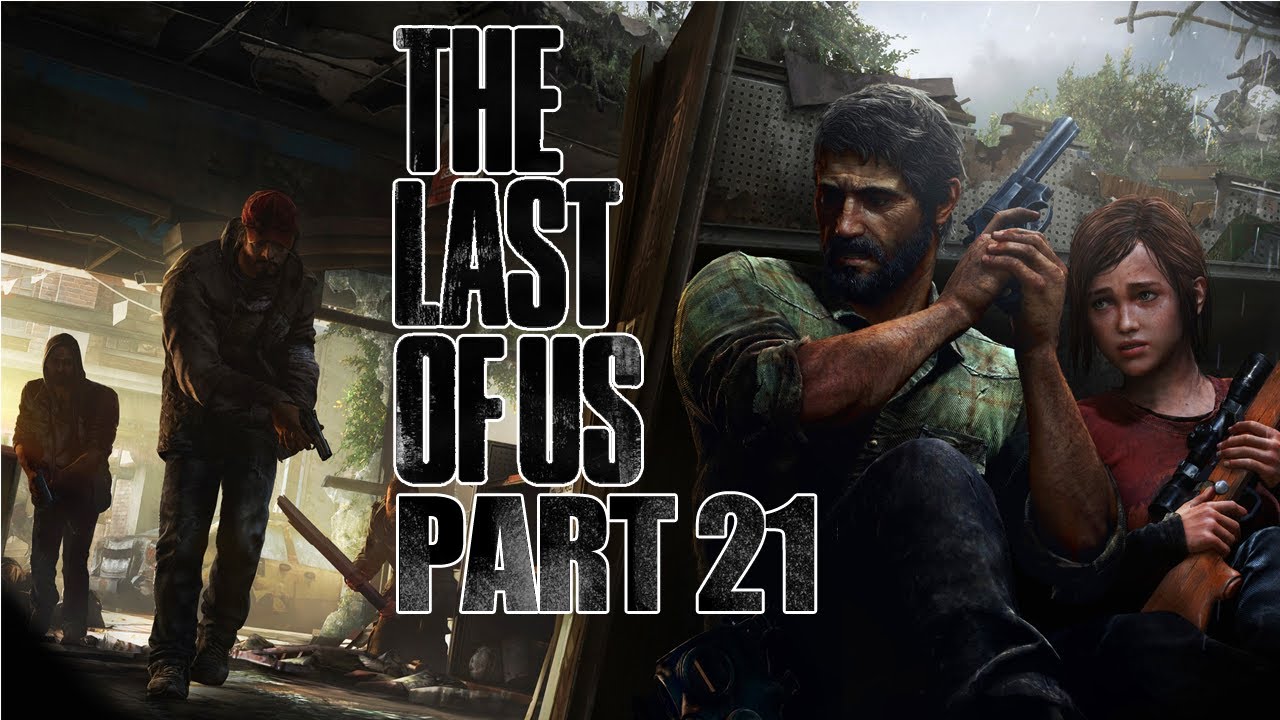 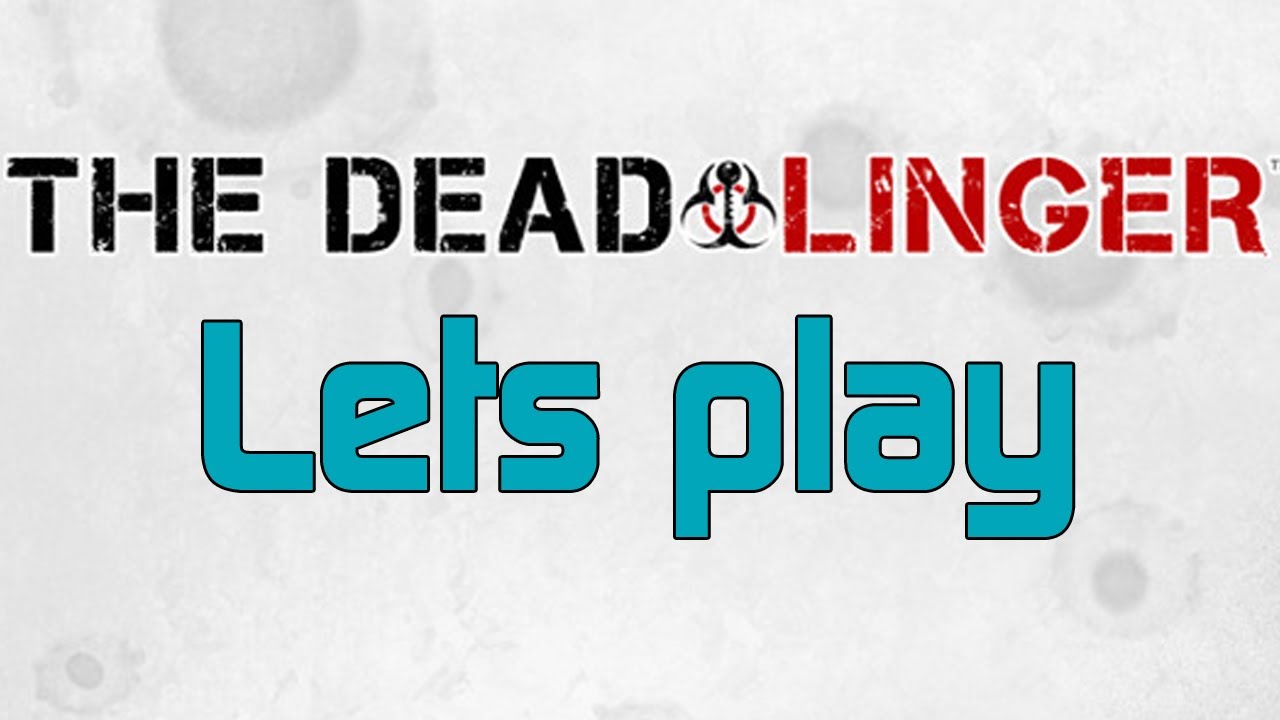 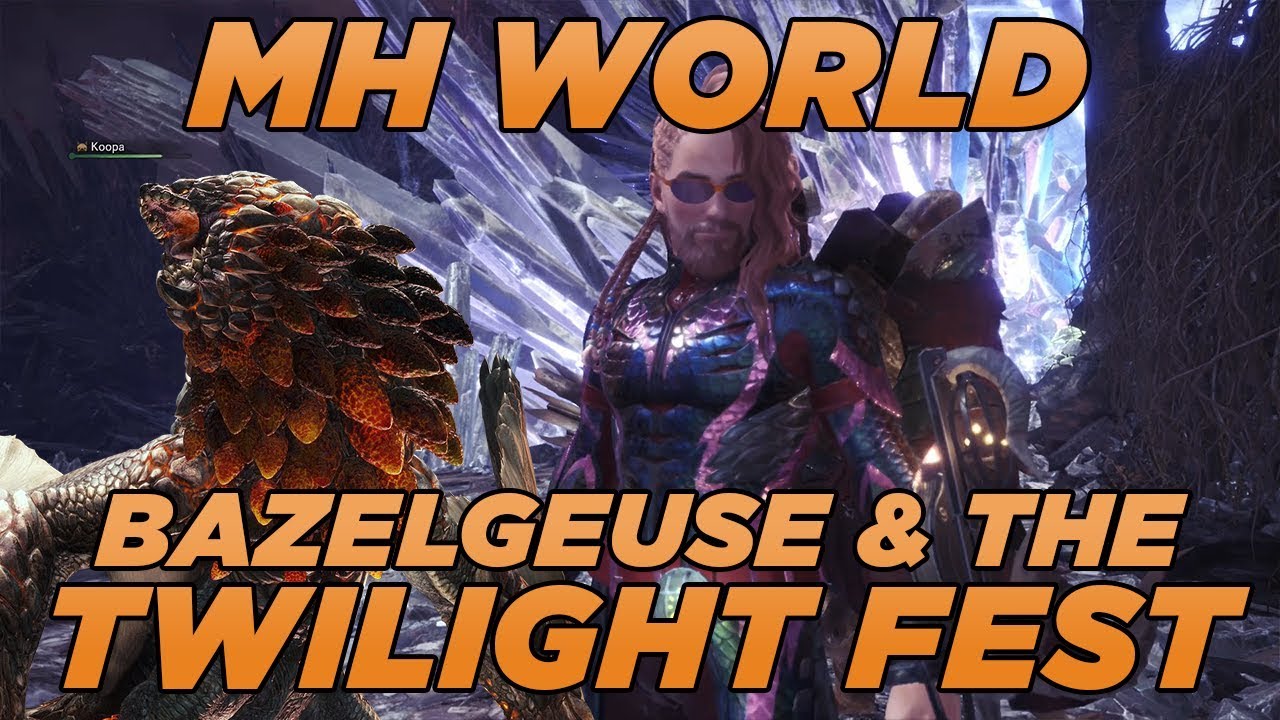 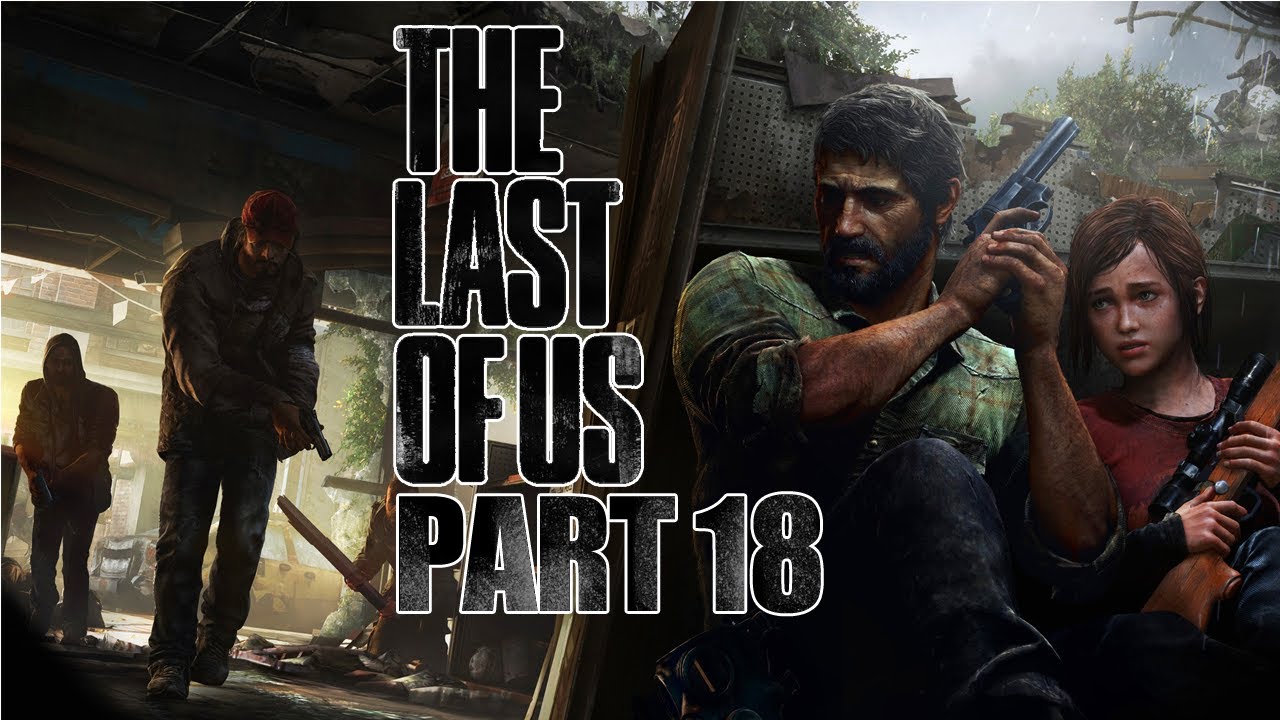 Hi, I’m Bobby and I run the GameTacoFTW channel. Here you’ll find an archive of my videos and content.